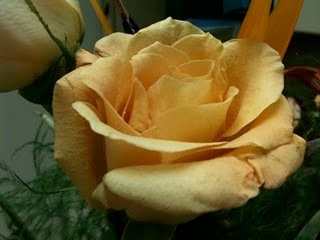 There is a big difference in what we say and what is understood by the others. Words have to be carefully chosen to convey the meaning you want to convey.

A lover of words once brought to my attention the importance and the power of words – both spoken and written. My eternal gratitude for this gift, dear friend.This gift was instrumental in the beginning of my realization of what ‘shabad guru’ might mean.

Why is then that mere words can have such an impact on a person?

Let’s first examine this famous but old idiom: Sticks and stones may break my bones (but words will never hurt me).

In a physical sense it makes sense, but what about at the emotional – feelings level?

Words can hurt – ask any person who has been bullied with name calling.

Words can definitely have the power to hurt someone, or to get them worked up about something. Of course there are enlightened souls (mahapuraks) who have achieved such a status that nothing can bother them. While words can be harmful they also hold the potential to fill a person with love and affection. Revolutions have been started with the ‘power of the pen’ and peace has been brought about with the same power.

However, not all words – but words that have been written by those who have a ‘jeevan’, who have cultivated them in their own life. Lived them, felt them. When they write or speak their words mean something, they have an affect on us.

For me both these forms of the ‘Word’ manifest the hidden power behind them. These words -shabads- written by our Gurus and Bhagats hold behind them a dynamism that bring to life their omnipotent presence – guru mere sang sadha heh nale.

I recall Bauji saying many times – ‘jeh tusin meri sangat karnee hai, the mere lekh paro’.(If you want to do my sangat, then read my lekhs).

He meets you there, again and again.

Similarly we do sangat of our Gurus when we recite gurbani – Guru Granth Sahib jee enshrines them all and we are able to meet them when we reach the same wavelength as they were written on. Not simple reading and listening with a distracted mind, but one that is fully present.

I have known only three people in my life whose words have had a lasting life changing affect on me. These people are very rare.

I have however had the god fortune of meeting other such people in their writings: Professor Puran Singh Jee, Bhai Veer Singh Jee, Joel Goldsmith, Julian Barnes, Parmahansa Yogananda, Ralph Waldo Emerson, Walt Whitman, Lao Tsu and many many others.I am so grateful for words -for books!! In them live evergreen words.

Thank you patshah jee for leaving us your words. 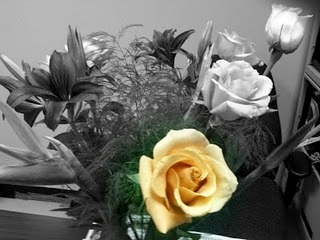