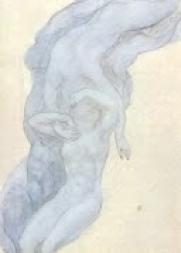 I ‘met’ Khalil Gibran through his writings around 1996, while I was teaching at a secondary school. The presence of a spiritual master in my life had awakened in me a certain type of hunger that urged me to seek out other enlightened souls. It was during this time that i went to my school library and discovered ‘The Prophet’. A book written by Khalil Gibran, a Lebanese American artist, poet, writer, philosopher and theologian. I was deeply touched by it’s wisdom and spiritual depth – it seemed to offer that timeless advice just at the right moment. I rejoiced when I read the different essays and the truths they represented. They seemed  to echo what gurbani tells us – only this was in a language that I could understand a little better. It felt like I had found a friend, a guide who showed the path to a kind of freedom that I was looking for – a freedom of thought, a freedom from the shackles society tends to bind us with without saying a word. Freedom from fear, obligation and guilt. Overjoyed, I remembered that there were other books by Gibran in the library (Spirits Rebellious, Mirrors of the Soul, Voice of the Master, A Self-Portrait and many more). At the time I had no idea that I had stumbled upon the third best read poet in the world (after Shakespeare and Lao Tsu). I couldn’t believe my good fortune.

Reflecting back, I know now that this was no fluke. It was the Universe’s way of providing a way to quench my thirst that I had developed.Later I ordered all of the books and they gracefully adorn my private book collection till now. I go back many a time to emerge myself in their ocean of wisdom. Each time the words inspire me to want to be the higher self that Gibran talks about. Words, that embody his spirit, thus i end up doing his ‘sangat’.  Just like Bauji’s lekhs – he reiterated this many a time -‘if you want to meet me, read my lekhs’. Professor Puran Singh also writes that he went for a ‘walk’ with Walt Whitman – actually he was referring to the fact that he was reading his poetry.The book has been a faithful companion, and has remained one of, if not the favorite, of all the books I’ve read.

Your soul is oftentimes a battlefield, upon which your reason and your judgment wage war against your passion and your appetite.Below I include the one on ‘Self Knowledge’ which highlights this battle: 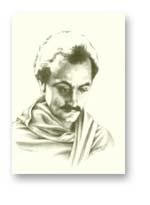 Your hearts know in silence the secrets of the days and the nights.
But your ears thirst for the sound of your heart’s knowledge.
You would know in words that which you have always known in thought.
You would touch with your fingers the naked body of your dreams.

And it is well you should.
The hidden well-spring of your soul must needs rise and run murmuring to the sea;
And the treasure of your infinite depths would be revealed to your eyes.
But let there be no scales to weigh your unknown treasure;
And seek not the depths of your knowledge with staff or sounding line.
For self is a sea boundless and measureless.

I hope you enjoy the timeless wisdom and truth within these pages  The Prophet as much as I have over the years. 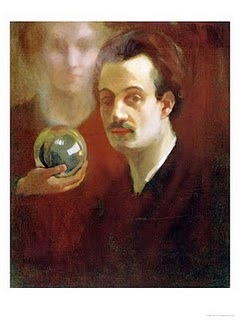