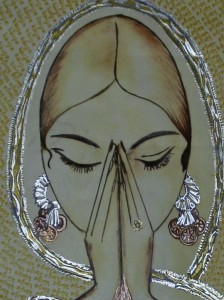 This blog has been created for all the Children/young adults who have had the good fortune of attending various North American Samagams.

Hopefully, as time progresses we can have additional topics of discussions too. If you have any ideas please feel free to share with everyone here.

This has been represented below (click on each image to read) 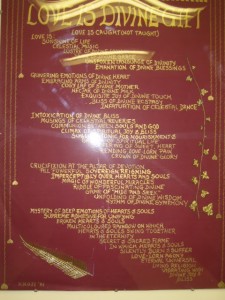 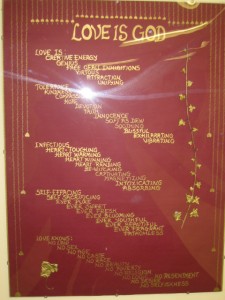 The Olympic flame, a symbol of the Olympic Games has divine connotations. It celebrates the gift of fire to the humans by Prometheus who stole it from the Greek god Zeus. This fire was kept burning throughout the celebration of the ancient Olympics and has been part of the modern Olympic Games ever since.

Just two weeks ago, I was part of this celebration. The Olympic flame or torch was making its way around Canada for the Vancouver 2010 Olympic Games and it happened to pass at a location five minutes away from my house. At 7.37 a.m. on December 8th, a Tuesday morning, bundled in my winter clothes I joined a small crowd that had gathered to see the torch passing. It was a very intense moment for me. You see for me the torch signified something that Bauji mentions in one of his lekhs.

He too talked about a flame, an eternal flame. In his example, he tells the story of how homes in villages had to keep a fire burning at all times. At night, people would cover the burning coals in such a way that they could reignite the fire the following morning. Often the fire would go out. However, they all knew that there was one place they could always go and get some burning coals to rekindle their own fires –  Bauji called this  ‘Bobee da hara’. Bobee kept the fire ignited under all circumstances and was then able to relight the fire of others. She kept the flame alive.

This flame to me signifies the Guru’s love; His Eternal Song.

As the Olympic flame passed me by, it dawned on me how generations had  laboriously kept this flame going.  Often to be put out but then to be revived.

This blog is an effort to keep ablaze that ‘Love Fire’ that was ignited in many hearts by Bauji’s lekhs which bring to light the Eternal truths carried in Guru Granth Sahib Jee.