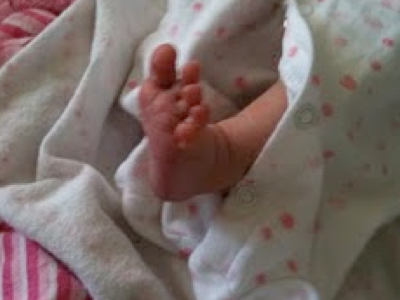 It’s a very common cliche but it is so true – the birth of a baby or an animal truly reminds you of the protective and nurturing Divine plan. Again and again, as you see the tiny features that have developed from the union of an egg and a sperm make you marvel. Even more so, the tightly shut eyes and the beautiful l’il Buddha expression reminds you of another world. where the soul is in tune with the One.

The serene expressions  may start you wondering – Ah! Little one – what messages do you bring us? Which soul has arrived?

I would like to apologize for not posting for the last two weeks – you see a tiny soul just arrived in our family and I have had the glorious opportunity to witness its arrival. She is adorable – Dhan Guru Nanak!

Gazing at her and her mother, I am reminded of how Bauji always uses the example of the bond created between a mother and a child. He likens this bond to the nearest thing possible to the love of God. In the moments when the mother shows possessive love this love takes on the form of ‘moh’ or attachment, but in its purest form, when the mother thinks not of herself but the welfare of her child, she portrays ‘preet’ or Divine Love. She protects, nurtures and if necessary is capable of sacrificing her own life and interests for her child.

The following story exemplifies this phenomena.

Two women came to King Solomon and stood before him. One woman (#1) said:”My Lord, this woman and I dwell in the same house, and I gave birth to a child while with her in the house. On the third day after I gave birth, she also gave birth. We live together; there is no outsider with us in the house; only the two of us were there. The son of this woman died during the night because she lay upon him. She arose during the night and took my son from my side while I was asleep, and lay him in her bosom, and her dead son she laid in my bosom. when I got up in the morning to nurse my son, behold, he was dead! But when I observed him (later on) in the morning, I realized that he was not my son to whom I had given birth!”

The first woman (#1) responded: “It is not so! Your son is the dead one and my son is the living one!”

They argued before King Solomon.

King Solomon said, “Bring me a sword!” So they brought a sword before the King. The King said, “Cut the living child in two, and give half to one and half to the other”

The woman (#2) turned to the King, because her compassion was aroused for her son, and said: “Please my Lord, give her the living child and do not kill it!”

The King spoke up and said: “Give her (#2) the living child, and do not kill it, for she is his mother!” All of Israel heard the judgment that the King had judged. They had great awe for the King, for they saw that the wisdom of God was within him to do justice. [I Melachim 3:16 – 27]. The woman was rightfully awarded custody of her son.

King Solomon’s trick succeeded. The imposter revealed herself by her heartless cruelty. After all, no mother would have let her own child be killed just to spite another woman. 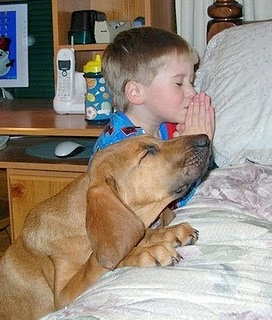 Finally, life itself is a miracle. Everyday we get up, we are given a brand new opportunity to enjoy the glorious miracles that surround us. The air we breathe, the sunshine,the rain, the stars, the trees, the fruits, the vegetables,the flowers – the list goes on and on. It’s up to us to enjoy everything we have been given by Divine intent.