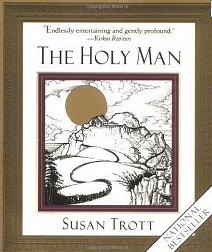 A most loving guru fateh gee

It seems like it was ages ago – the Ottawa Samagam. It was barely a month ago (Sept). In the mean time many of us were at the Montreal Samagam too (Oct).

Thank you Patshah jee for these blessed, precious moments spent in the aura of the Divine Sadh Sangat.

At the Ottawa samagam, as many of you will recall we read Bauji’s lekh on Universal Religion  on the first day and then a story from the book shown above , ‘The Holy Man’ on the second day.

In the lekh, Bauji (Jaswant Singh Ji ‘Khoji’), explains the concept of Universal Religion as the essence of all religions which can be summed up as living a life which incorporates one main principle: Love for all & Malice towards none. Here is a short excerpt from the lekh:

This transition of transformation of our thoughts, beliefs, faith and consciousness, from the illusive, materialistic world, to the Divine Realm, is the:

True,
The only ONE,
Original,
Living,
Vibrating,
Universal,
Ultimate, and
Eternal Divine Religion.

Bauji also alerts us to the difference between the pitfalls of being so engrossed in the dogmatic rituals and symbols of ‘outer religion’ such that our true ‘inner religion’  may get sacrficed. He reminds us that while outer religion is an essential first step – it is a means to the end, and not an end in itself.

I remember that when i read this lekh several years ago how it transformed my thoughts and life. I can only offer some meagre words of gratitude (never enough) to Bauji who wrote not only this lekh but several others to raise our awareness of what gurbani is telling us.

The story we read from the “The Holy Man” recounts the experience of a spiritual seeker who has been going through some existential crisis and how the visit to the Holy Man helps him to resolve this issue. Discussion led to several children sharing their experiences about general fears and how being in ‘sangat’ has helped them by giving them the courage and awareness to get through such times.

After the samagam one aspirant wrote the following soul searching message and asked is he/she could share it with others. Thank you so very much for taking the time to share your thoughts with us. Although the best teacher is one’s own experience, hearing about similar journeys is a great help and a guide for everyone of us.

Here is the message:

In case you need some material over the next few weeks, I just wrote some thoughts up around the discussion I got to be a part of on Sunday. Would appreciate that they remain anonymous if you do post them though. 🙂
DGN
A few notes on courage:

This past weekend was one of the most amazing of my life. Part of it was the timing at which it came, and part of it was the yearning to be in the company of Sadh Sangat, but regardless of what the reasons were, it was a blessing to be at Ottawa Samagam. I had actually debated whether or not my schedule would really allow me to be at the samagam, but Guru Nanak worked everything out, and there I was.

I missed the first day’s kids class, but I was fortunate enough to attend the second day. During the second day, Rani Auntie was discussing a story of a woman named Eleanor who went to visit Joe, the holy man. As the discussion evolved, we began discussing fear, its pros and cons, and this idea of courage. Someone shared what Steve Jobs had talked about at a keynote address he delivered to Stanford, about how overcoming obstacles was a necessary part of life.

I think there’s a good and a bad thing about this discussion, and I’d like to share a couple of thoughts. This year was a very big step in a very different direction for me. I’ve felt, in the past, that one of my shortcomings as an individual was a lack of courage. I would pray and pray to Guru Nanak for “more courage”, and then I remember reading a book or an article where it was said clearly: Your personality is in your own hands. You will not simply wake up one morning with more courage, or a better sense of humor, or more compassion. You must practice it.

And that’s one thing I want to share with all of the kids:

I used to feel I lack courage. In the early months of 2010, I confronted the three biggest fears in my life, to varying degrees of success. In fact, standing up to those fears in and of itself was success, but the outcomes of challenging those fears varied from favourable to not-favourable. But I felt so much positivity at challenging them, that I was proud of myself for tackling the greatest fears that were holding my mind back from freedom.

The problem with doing that, though, is that your mind becomes conditioned to thinking that since your greatest fears have been tackled, there is nothing that can stop you. And that breeds complacency. It’s great – really great – to challenge your fears, because more often than not, you realize they were bigger in your head than they are in real life. But don’t stand still once you do it. Courage and fear are very dangerous elements. If you become complacent, fear (maya) will overtake and overpower your mind. I made the mistake of thinking that I had removed the attackers of my mind. In reality, I had let my mind conquer those fears, and then retreat into a shell, allowing other fears to propagate themselves and wreak havoc on my mental, emotional, and most importantly, my spiritual health, creating an environment where I duped myself into thinking that my mind was actually FREE, and therefore more likely to be productive mentally, emotionally, and spiritually.

Be courageous, but don’t treat it like an act or a task. Treat it as a lifestyle. And don’t let pride become the resulting sentiment. Guru Gobind Singh Ji wants us to be humble and courageous. Win your victories with class and humility.

Thank you so much for this heartfelt message. I hope more of you will share your experiences too. I look forward to that. 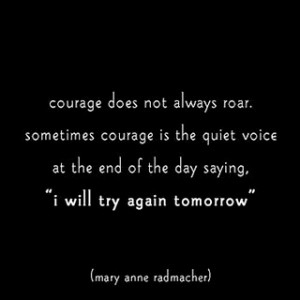 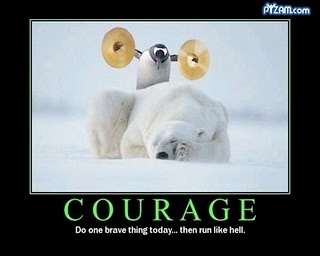