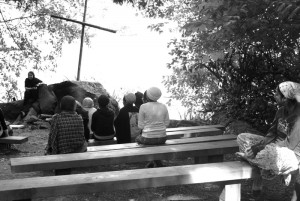 Please accept my sincere apologies for not posting a blog last month. Following 4 glorious samagams (Atlanta, Detroit, Toronto & Montreal) I also had a chance to attend a Sikh Girls Camp (Kaurs United) at Bellingham, WA. What an incredible week. It was a wonderfully busy time for me as i then went to Prague for a conference. Now I have finally settled down and i promise to send you all the resources that i said i would.

At the Toronto samagam we had shared the story of Jonathan Livingston Seagull (do you remember the name we gave him?). Here is the link for the full story: http://lib.ru/RBACH/seagullengl.txt

While i was in Prague, I was able to visit one of the many Jewish concentration camps (Terezin) . The visit left me deeply moved. It was a humbling experience, to be in a place where so many souls had suffered from such gross injustice. Walking slowly amidst all the remnants, with a thundering silence all around, i recalled seeing movies (The Pianist, Schindler’s List, Life is Beautiful) and books that i had read (Primo Levi’s If This Is a Man; The Diary of Anne Frank ) and memories started to flood in about the atrocities that had taken place during this time.

Of the vast majority of Czech Jews who were taken to Terezin (or Theresienstadt), 97,297 died among whom there were 15,000 children.

Only 132 of those children were known to have survived!

As i saw the names of these children, written on walls after walls in one of the museums, i felt deeply saddened. I couldn’t help wonder about these children, especially about those who had managed to find found hope and courage in spite of being in such horrific hopeless circumstances. This was evident from their art and their writings done on remnants of paper, drawn and written with ingenious ways, using whatever materials they could find. There were examples also of handmade games like chess pieces carved from tiny pieces of dried bread that parents had made.

How was it that surrounded by such desperate conditions some of these children could still dream of a better future?

How could they still harbour HOPE in their hearts when all around them there was nothing but an environment of hopelessness.

A voice in my head reminded me that hopelessness is the path to darkness – it is when we are in a state of mind in which we are no longer in His Presence but in a state of Forgetfulness. (See blog on Gratitude (Oct 2010) . Hopelessness comes when we no longer have faith that what is happening is transitory and that it too shall pass. Touching on the wellspring of hope inevitably turns life into a wonder.

(You might also recall the story we all read – Sat Aukhian Ratan by Bhai Vir Singh Jee (Seven Difficult Nights of Mata Subraee Jee (Guru Gobind Singh Jee’s mother -in -law) – how she was able to transform her state of hopelessness to one of faith & hope by carefully examining her thoughts, having faith in sadh sangat, listening to gurbani and realizing the Divine Will.)

The following song by Josh has a really powerful message about the increasing state of hopelessness in the world in areas of famine and war (Can you spot the message from Bauji?)

The visit to the concentration camp made me acutely aware of the many blessings in our lives – a warm comfortable bed, a nice home, plenty to eat, ample clothing, family and friends and much much more.

Those of us who have been given so much can make sure that we strengthen our own faith and in turn give hope to those who may be at a time in their lives in which they need a hand. Bauji used to say a sikh is someone who stays in high spirits and keeps those around him or her also in high spirits too -“sikh au jo aap khir keh rehnda hai teh doosrehan nu khirah keh rakhda hai” 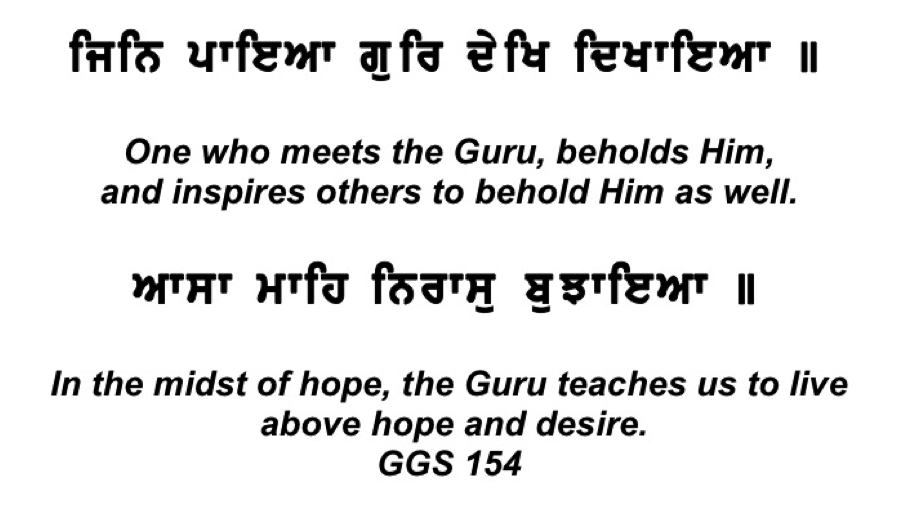 Ah! what exactly does the above line indicate to us ?
What is it that we hope for? A better house? More money? More friends? Or is it above all that?
Hope to hear from you
With Much Love
RA