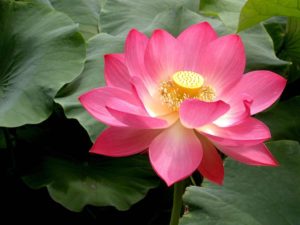 I am an avid admirer of Professor Puran SIngh ji’s poetry and writings. Recently some new writings were discovered by a group of people (sevadaars) who have taken it upon themselves to salvage all his works along with Bhai Vir Singh Ji’s and Bauji Jaswant Singh Ji’s works. This is an amazing project that will serve generations. This library is in Vancouver. It houses all the writings of the above three authors and also provides free books to all who have the desire to enjoy the works of these enlightened souls. (www.virpurandad@gmail.com).

The book that was discovered is an absolute gem and is still in the process of being published. With permission from Professor Puran SIngh Ji’s grand daughter I am sharing the following essay from the book. I am adding pictures and punctuating the article at places just to make it more accessible for our younger readers.

The Religion of The Flower

All of you love the full-blossomed flower! That symbol of divine truth has just bloomed, having gone through the narrow and broad of various stages.

The flower though set in thorns sends an ocean of fragrance all around. 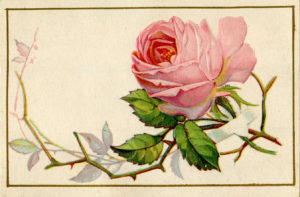 Yes, to the unlimited whole universe. It’s rippling ocean of fragrance can be smelt and seen by the organs of divine poetry. From the time of its burst till it fades away into new seeds of infinite number of flowers, the blushing and smiling bud gives out its fragrance ceaselessly. To exhale fragrance has become its function.

The flower has lost its consciousness, so it may be fragrance.

Squeeze it, more fragrance comes from it.

Dry it, crush it, distil it, still oceans of fragrance ripple from it.

You may treat it in any way, you can never, not even the so called almighty god, can tear its fragrance from it.

Fragrance has become the self or godhood of the flower.  Nothing, nothing can mar its fragrance.

Let all preachers preach religion of the flower. Let the religious hero be admired in the full-blossomed flower. Let the flower charm you, captivate you, keep you spellbound, lull you to sleep, stir you to activity, teach you purity, reveal to you the occult mysteries of life.

Let the divine be enshrined, if need be, in the flower.

So is man’s blossoming.

O’ divine nightingales, I know you have a pure passion for flowers. Your flower is not exactly the bulbul’s rose, it is happiness. You are flying on all sides in search of happiness. Many men called prophets rose and pointed their finger to the skies. They told you – “Your rose is in the skies” because they saw it there. Others rose – not prophets – and pointed to the earth. “Your rose is on the earth” said they, “eat, drink and be merry.” How many centuries have you been flying in skies and on earths?

Nay even now what are you doing daily?

What is all this hurrying about?

What is the meaning of this struggle of existence?

It is not exactly for survival of the fittest, because the fittest is sometimes the weakest.   Existence, which is not happiness, is meaningless. The struggle of existence is not only mechanical, of blind force, but it is mental, moral, and psychological. It is the running of thought after happiness.  It is the flying of your flocks of nightingales in search of happiness on earths and in heavens. The struggle for existence is nothing but beating of your wings, lamentations over your disappointments, brooding over your bruises received by striking against rocks of nothing. 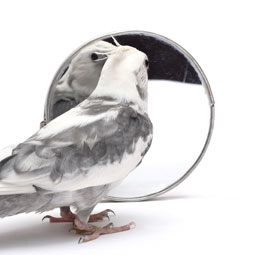 Some bulbuls were put in a cage set with mirrors on all sides. The bunch of rose flowers was put in the centre.   The bulbul loves freedom. Liberty and Rose. The cage oppresses them.   They saw the roses inviting them on all sides and the mirrors offering a passage out of the cage. Some fled  in this direction, some winged to another side. The strong ones threw down the weak ones in flight. Soon the strong ones struck with force the hard surface of the mirrors and wounded on head fell in the cage. By this time the weak ones recovered. They soared in a similar way; hurt themselves in the same way. This game of flying about was repeated again and again in the name of freedom and of the rose. But again and again they fell down. Never did they get out of the cage and never did they get their rose.

But some of them turned their eyes from the mirrors and began to see around them and silently went to the rose-bouquet set in the centre.

They slept on the long-wished rose. 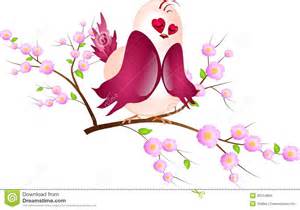 They sang the songs of the long wished rose. They forgot their cage. They won their freedom.

Freedom is but a thought.

As long as they thought they are in a cage, so long they were.

But when they felt their freedom, they were already free.

Thus the wise ones reached the goal and the foolish ones remained struggling for the indefinite time. But finally tired and exhausted, they also came to the same spot and forgot everything in their joy.

O’ divine nightingales, fluttering and struggling for the freedom and happiness, your sad plight is similar. The blind force in the struggle for existence, which Maharishi Darwin noticed, is but the beating of wings. The struggle in itself is for the rose, for the happiness.

Your free self makes the cage.

You can shatter it to pieces. 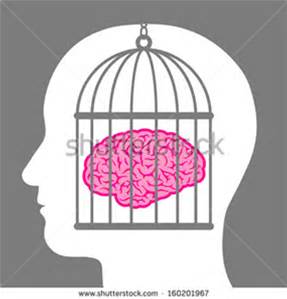 We make our own cages within our minds with our thoughts.

We can break them.

Freedom is but a thought!! YOU are the embodiment of the Divine Light! Why are you looking elsewhere? With the guidance of Gurbani find the Divine within you.